Wrapping Up a Crazy Week

As a finale to the crazy yet fun week, UC hosted the Asia Faiths Development Dialogue. The conference in its second year, still in the toddler stages of development, brought together people different religious faiths and different professions from different parts of the world to discuss how inter-faiths discussion -- that is, common discussion among people with varying beliefs -- can achieve peace, cooperation and harmony in Asia and today's world.

The different views, some which I found refreshing and others which I did not agree, were enlightening and I believe a step in the right direction in what is growing to be a rather conflicted world. As Katherine Marshall, former World Bank VP, said in her keynote address, if society is going to progress in the 21st century, there is going to have to be a revival of spirituality (which can include the secular belief). Especially with profound global integration, where different faith communities live alongside one another, people with contrasting beliefs need to learn to work together to achieve a greater good.

The talks got me thinking. One point that was raised that I disagreed with was that God doesn't discriminate among the religions. As a Christian, I believe that my faith is the ultimate truth, and I'm sure that people of Muslim, Jewish, Buddhist and other major faiths would say the same thing. To have inter-faiths dialogue, in my opinion, does not mean down-playing our own beliefs, or lying by saying all religions are basically the same. Instead, having inter-faith dialogue means identifying universal humanitarian goals that we can complete together by drawing on our unique experiences.

I ask a lot of questions because I don't have a lot of answers. However, one thing I've always found unsettling about people of my own faith is that they think that in order to make the world good, everyone has to think like them and believe like them. But our beliefs should be our choices and shouldn't be forced upon anyone. Its through open discussion about our beliefs we can enlighten one another and make this world a place that God intended.

In an effort to keep myself from rambling, I'm going to stop there. It has indeed been a crazy week -- and I've learned a lot about the Khmer way of life that made it feel even crazier. In an effort to stay positive about the country that has presented me with one adventure after another, I'm going to take the weekend off and enjoy the good in Cambodia (for example, the fact that it's hot and sunny in October).

Until later, take a peek at some photos from this week. 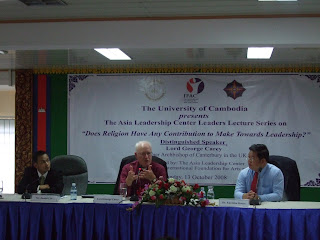 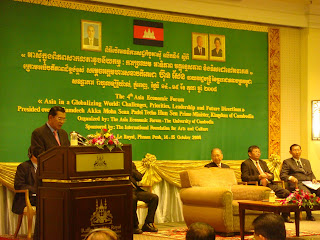 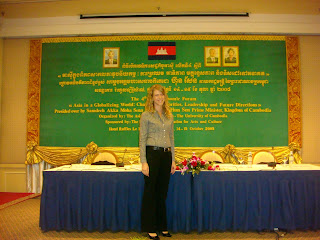 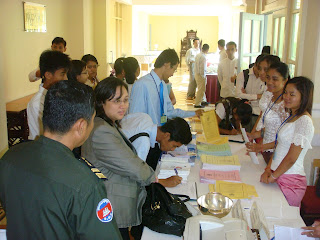 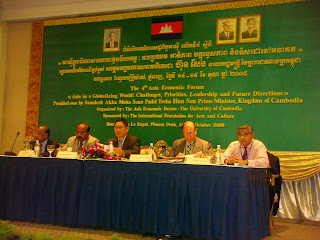 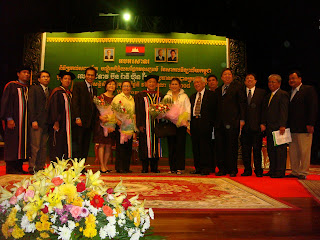 UC Staff that graduated on Thursday! 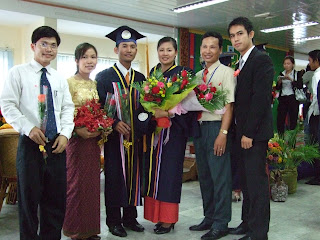