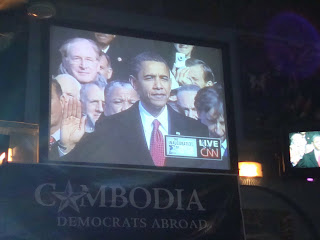 All eyes were on DC last night as Barack Obama was sworn in as the 44th President of the United States. The mostly liberal expat crowd here in Phnom Penh let out cheers of joy (and dare I say, I saw a few tears slip by) as they said bye-bye to Bush and hello to the first African American president.

Politics aside, I'm excited for what this means for our country and for humanity. Yes, our country is need of some fresh ideas when it comes to managing our country's economy and international affairs and in my opinion, Democrat or Republican, any new change of face could fulfill that need. But to have a man cross the barrier of the centuries-long struggle of civil rights that our country has endured, that is the true inspiration that I found in this day. But I won't go on about things like that. My interest in politics is somewhat lacking and I'm sure these ideas have been written about more eloquently in a newspaper stateside. 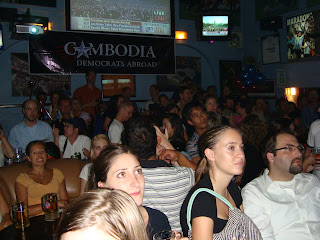 So what was Inauguration Day like in PP? As one person put it, "It's like a New Year's countdown." Everyone gathered at Gym Bar, this small American-style sports bar, where CNN was broadcast on two screens and several TVs. People were laughing and joking and watching as the news station gave a moment-by-moment update on the President-elect's morning. (What did he and Bush talk about over that hour-long coffee anyway?) 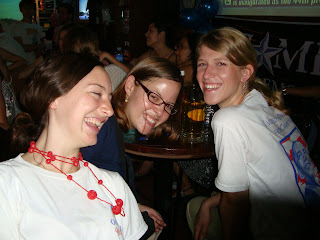 Everyone cheered when at midnight (noon, stateside) when Obama became President without officially being sworn in and giggled a little in good humor when nerves made the usually eloquent man stumble over his oath. Everyone gazed at the screens with awe and hope as he delivered his rather bold address to the nation that he would make every last effort to see through the tough changes that lay ahead. 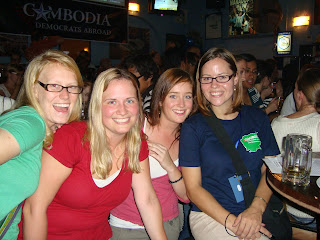 I was most impressed, I'd have to say, by the interest and support of non-Americans. Thai and Cambodians helped organize the political events around town and British and Australians joined in on the celebrations. A true testament to the fact that our President is not just our leader, but an influential world figure. 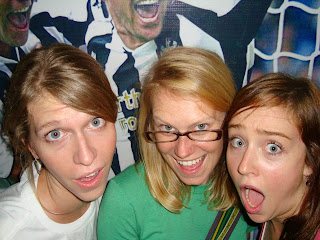