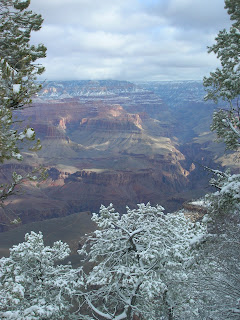 We started the morning with a visit to the Grand Canyon. Despite the snow, it was magnificent. The size and color of this canyon is hard to imagine and quite a wonder. We traveled along the South Ridge of the canyon, taking in the view and basking in the tranquility of this massive beast. We overheard a photographer talking and he said this is the best time of year to view the canyon because of the lack of tourists and because of the way the snow contrasts with the red walls. 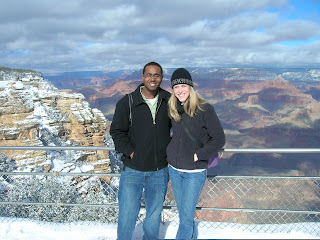 Back on the road we saw more desert. Yay. But I did see a roadrunner crossing the highway in front of us and that made my day. (Almost more so than the tumbleweed did a few days ago.) 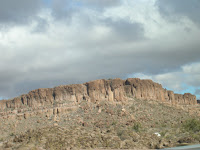 Our next stop – Hoover Dam. Built in 2 years during the Great Depression as a means to control the Colorado River and provide power to the Southwest, it’s the biggest man-made dam in the western hemisphere. 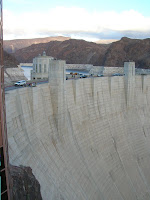 Our final destination, of course, was Las Vegas. I had a hard time imagining what these beastly hotels would look like, and the only word I can think of to describe them is extravagant. As we entered this adult Disneyworld, I noticed the top of the Monte Carlo was charred. We soon found out there had been a fire and it was all over the news back home. 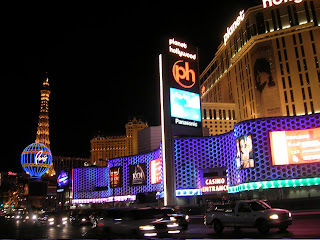 But Eric and I, nonetheless, took to the strip to see the hotels. We visited the Venetian, caught the pirate show at Treasure Island, ate dinner at Margaritaville, watched the fountain show at the Belagio and sat in a piano cabaret in Paris. I did manage to squeeze in time for one slot machine, but I’m not much interested in gambling. 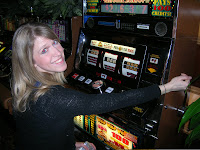 The lights and bustle of the city were overwhelming and we retired semi-early (at least according to Vegas standards) to our room at the world’s largest Motel 8. (We know how to do it classy in Vegas). 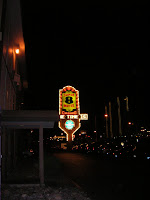 Next stop – sunny California!
with love from Rachael at 6:14 PM