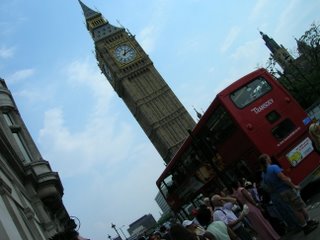 Well I did it! I made it to Europe. And wow, it has been a long day!

Actually, the day started yesterday in Columbus. I met up with my travel buddies in the terminal of the Columbus airport. They all seem really cool. Anna is the only one I didn’t recognize through Facebook and we met first. Then Luke joined. I like his humor – laid back and witty. And Jodi is our fourth traveler. She just got back from Disney, where she interned for four months. So we flew U.S. Airways from Columbus to Charlotte, NC, where we had a three-hour layover, and from there we had a seven-hour flight to London. It was great. I slept most of the way. Definitely better than the 13-hour flight I had to Japan!

Anyway, we made it to London’s Gatwick airport and took the Gatwick Express (a train) into the city, straight to the Imperial Hotel, which would be our home for the next few days. Along the way we met up with two interns, Katlyn and Alfio, from Central Florida, who we ended up spending the day with. 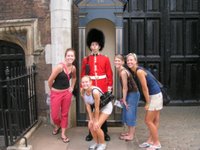 We heard from Jessica Barrow, our internship coordinator, that our tour of London on the itinerary for tomorrow was cancelled, so we wasted no time getting our own tour of the city. We bought tickets for “The Original Tour,” a double-decker bus that travels to all the city’s major sites. It cost about £18 (which is about $36 U.S.), and was totally worth it to get acquainted with the city. The bus makes stops at all the major tourist attractions, Buckingham Palace, London Bridge, Trafalgar Square, etc., so you get off, stay for as long as you want, and hop back on when the next bus swings around. 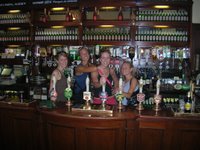 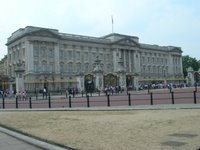 During our tour we saw just about everything this city has to offer – Buckingham Palace, Big Ben, Westminster Abby – and we even had a drink at a local pub. Unfortunately today’s weather was unbearably HOT (and sunny – so unlike London), which in combination with an empty stomach equals a bad headache by the end of the day. So we had dinner and took showers, and now we are resting up, preparing to go out to some clubs around Piccadilly Circus with the whole group. I’m so excited! It should be fun.

Tonight we wandered though the entertainment filled Piccadilly Circus, made it to a pub, a gay bar and a transvestite club. Welcome to London. These Contiki people are crazy! No one knows each other yet we all clicked instantly. You know it’s a good time when you are getting shushed in a bar. No joke! Haha. The evening started out fun, and things are looking good for the rest of the trip.