Another driving day and for some reason I was quite nauseous most the way. But we’ve made it here to Lake Taupo, a laidback tourist town. Along the way we passed some volcanoes, but I can’t tell you their names because of the Maori influence on the names. I’m just unable to figure out the spellings and pronunciations. We also passed a guy who is walking the length of the country to raise money for arthritis – and he himself has arthritis. 900 km is an amazing feat! 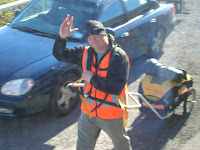 Oh, an interesting tidbit about the volcanoes: they erupted suddenly around the 1950s and killed a train carrying 150 people. This is a huge devastation for a country so tiny. Well, I haven’t written much today but there isn’t a lot to write. I’ll update as I learn (or remember) more. 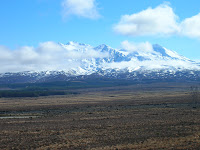