Just when we thought we found all the craziness in the world... 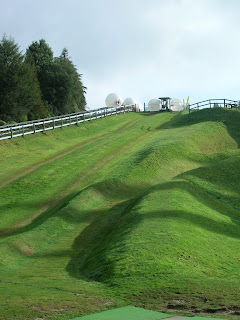 Today was probably one of the most exciting days of the trip, believe it or not. We left Rotorura as we came into Waitomo in the rain. But along the way we made a pit stop at THE ZORB! One of the most fun things I’ve done on this trip!

So this is how the zorb works: First you suit up in official zorbing gear – board shorts and a board shirt. Very chic. Very exciting. Then they bus you up to the top of the hill where you meet the zorb. The zorb is a simple concept, really, but kind of difficult to explain. To put it in simplest terms, the zorb is a huge inflated beach ball. Some are completely clear and some are translucent. Then they fill this inflated ball with water. The zorbers (those who zorb) then superdive into the zorb through a human-sized hole. Then on the count of three the zorbers are pushed down the hill, getting sloshed around during the 30-second ride. You could try to stand up, but why even bother. 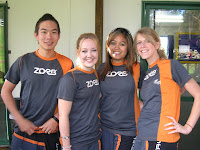 Marian and I, who were zorbing partners, spent the whole time flailing and giggling down the hill. At the bottom we exited the zorb, like a baby exiting the womb, into the cold rainy-ness of the day. One cool part of the experience (well besides the zorb itself) was the rainbow that arched over the park, the “pot of gold” being one of the giant zorbs. It was awesome and reconfirmed my thought that this is the country of rainbows. We saw at least three yesterday and at least 10 throughout the trip. 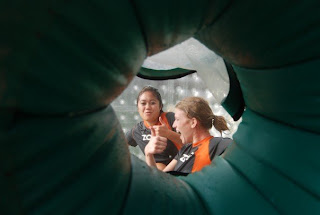 Next we made our way to Waitomo, a small town about an hour north of Rotorura. We stayed at another Kiwi Paka hostel, but this was much nicer than our Rotorura abode.

In this town, Marian, Kathryn, Kevin and I and some other crazy Contikiers went black water rafting. Now in my mind I pictured a nice lazy float down a cave river. Not the case at all. The first half of the excursion we spent hiking through the cave as water rushed past our ankles.

Ok, maybe I should back this up a bit.

First, we had to don our wet suits, and, I’m telling you, that’s not an easy task. The cold, wet rubber doesn’t care to slide too well up womanly curves … or any curves for that matter. It was quite a trial putting them on, but eventually we did succeed.

Now back to spelunking. We got our black inner tubes and squeezed our way into a hole in the ground where the water was gushing at quite a powerful current due to all the rain the area has seen lately. We hiked awhile and it was scary. If you took one wrong step, it was easy to slip and get carried away by the current. We did some jumping off waterfalls during our excursion, then we got to a point where the water got a bit deeper. We stopped for a little, turned off our helmet lights and ate chocolate fish while enjoying the sights of the glowworms that have burrowed in the cave ceilings. 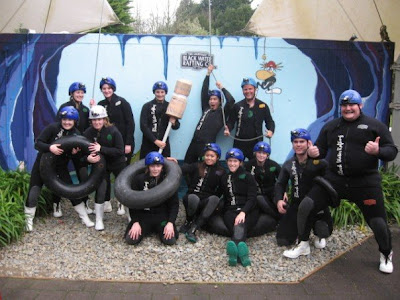 As we continued on, the water got rough and we had to be really careful not to step in a hole or get knocked over by the water’s force. We actually almost lost a couple people (and did lose a couple boots.) By this point my fingers were nearly numb and I think my toes actually were.

Finally, we got to a point where we could float for awhile so we got in our tubes and linked up (feet under arms), turned out our lights and enjoyed more glowworms. We had to do some more rough hiking, but the last 5 to 10 minutes was pure floating and so nice (besides the whole being numb part).

We finished up our day full of awesome once-in-a-lifetime experiences with some pizza and a lot of wine. The jukebox was playing and I believe we performed our own interpretation of Aqua’s “Barbie Girl.” It was a silly night and it was great to spend it with new friends. 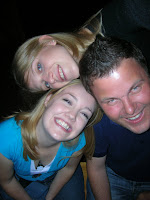 Only one more day and it’s back to reality. Aukland here we come.
with love from Rachael at 2:26 PM