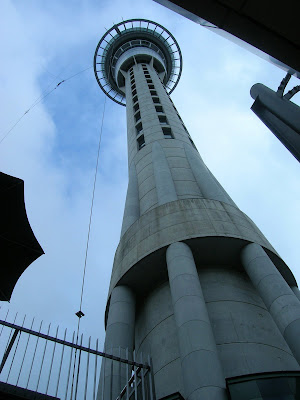 We spent today roaming around Aukland until we had to make our way to the airport. The day included a taste of a Kiwi Burger at McDonalds, a walk around the marina and some midday massages. Other than that it was a chance to hang out and reflect on our time in this county.

Here are some one-line impressions I’ve gotten from the country that might give you a little taste of the country (and hopefully convince you to take a visit):

- New Zealand is much like the U.S. but the longer you are here, the more you notice the subtle differences.
- People are extremely nice and helpful, especially in the south.
- It is very green, even in the winter.
- SHEEP EVERYWHERE!
- Land of rainbows.
- South = beautiful mountains and really cold weather.
- North = slightly warmer but finicky weather (a mix of rain and sunshine)
- Trees and bushes bloom in the north, even in the winter.
- Fern trees and palm trees.
- The food is a bad version of American food with weird spices and often much sweeter.
- The people here will jump off absolutely ANYTHING!
- Backpacker friendly
- Asian influenced
- Aussie/Kiwi rivalry
- Had to get used to passing to the left

It's hard to believe I just traveled to the complete opposite side of the world. Time to return to summer. Haha.
with love from Rachael at 2:27 PM