No predicting the open road. 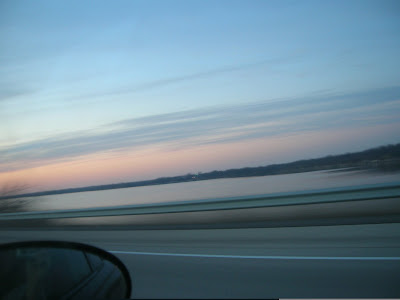 While there have been no major problems in our travels thus far, a few minor blips have caused us some hassle and disappointment. We woke up today to some rain, which with my car meant a tough start. My little black Saturn S2 hates accelerating, but today it outright refused. So I found myself on a 70 m.p.h. highway, pedal to the metal, and descending in speed. But once it warmed up and made it through the rain, we were smooth sailing to Memphis.

Memphis, where we hoped to see Graceland. Of course, the day we arrive is the one day the house is closed for cleaning and restoration. Go figure. 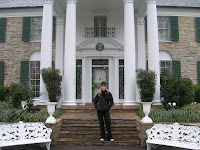 However, wanting to take in as much of the experience as we possibly could, we walked up to the house and garden where Elvis and his family are buried. Our stop in Memphis was cut unexpectedly short, but that just left time for some more BBQ. 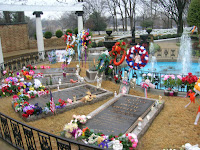 Before leaving the city we stopped at Interstate BBQ for some of Memphis’ famous ribs. It was a seedy little place right off the interstate. The bars on the windows warned us of the kind of neighborhood we were in, but Eric just laughed at my apprehension. Inside, we found a mix of businessmen, truckers and fellow travelers – just by the variety of clientele , we knew the food had to be delicious. 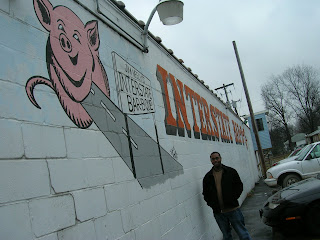 Being the people watcher that I am, I delighted in the voice of the guy sitting at the table beside us. Obviously from the south – probably Tennessee – he had the cliché drawl and twang stereotypical to a low-income farmer from the south. To me, one of the best things about traveling has to be absorbing the accents and dialects of places unfamiliar.

Anyway, the rest of the day from that point on consisted of driving. Eric is sick with a cough so he slept a lot while I drove. Then my iTrip stopped working, making it a quiet trip.

But once we reached Oklahoma the sunset was beautiful. (See top photo.)
with love from Rachael at 6:04 PM